Free movement of capital with blockchain 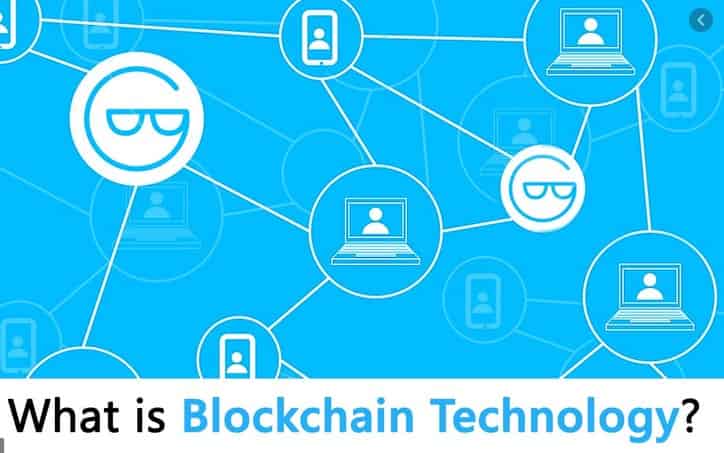 In the world of progressive development of digital technologies and mobility, increasingly more people become interested in the question of creating a universal currency that can be used anywhere in the world, at any time of the day and night. Preferably, it would be done using the simplest gadget, which almost everyone has on hand today: a smartphone, tablet or laptop.

One of the base principles of democracy, the free movement of capital, requires technical implementation, and the answer to this question is the blockchain. The fact that it is easy to use, its mobility and security attract millions of enthusiasts. However, it begins with a concept such as a blockchain wallet and it allows you to use your virtual savings, transfer virtual coins from your wallet to your wallet and refill your account on your phone and so on.

Before you start a blockchain wallet and take any operations with it, you need to understand the essence of the blockchain and crypto currency: it is not physical money or coins in the usual sense but only a set of digital secret keys (a particular private file), access to which provides access to blockchain -addresses and allows for certain transactions. Similarly, in cases of virtual and blockchain wallets, you would lose the opportunity to freely use your funds without access to the keys.

Blockchain wallets are divided into 4 main types determined by their location (most often it is a physical medium and a wallet is software). Following this structure, blockchain wallets are divided into local (or PC), mobile, online and hardware. Each kind of wallet is characterized by its peculiarities in terms of how easy it is to register a wallet, ease of use, dependence on Internet access and, of course, security.

Local or PC wallets are stored on your personal computer (the exception is only the HD wallet). The document containing the keys in this case is stored on your computer and that is of importance: you provide the safety characteristics yourself. PC wallets are generally referred to as "complete" as opposed to mobile ("partial"). Complete ones add blocks to the blockchain and constantly load new ones. While the complete local wallet is almost perfect in terms of security and the backup of the file prevents unpleasant surprises, such wallets can only be used on technically powerful computers, taking up a lot of space. And such a purse is tied to a computer and, therefore, it is only convenient to use at home. Unlike local, mobile wallets (partial) do not require downloading the blocks from the blockchain and they are downloaded from third-party servers.

Mobile blockchain wallets have both positive and negative aspects of operation. The advanced features include simplicity and the ability to use them on portable gadgets (smartphones, tablets). The creators of such wallets (good examples are Fruitwallet and Electrum) provided for not downloading the whole blockchain so that gadgets do not come across massive mobile traffic that is now fairly expensive all over the world.

While having the perks of clarity and speed of work, blockchain wallets come second in terms of security. By trusting most of the blocks within the blockchain to additional servers, they transfer part of the information to a third party that can easily use it for their own purposes.

Online wallets are similar to mobile ones in a way that not blocks in the blockchain are downloaded, only partially. In the case of such a wallet, a private key file is kept on a specific server connected to the Internet. Because of the fact that the addresses are used by all your gadgets that have the Internet access, you can reach the online wallet from any device. Local wallets are better than online and mobile wallets in terms of security: the third party has access to private keys and this can have consequences.

Secutiry of using any blockchain wallet is one of the basic principles of its operation. There are three ways to protect a secret file: encrypt it with a password, backup data storage and cold storage. Data coding will secure your wallet but it is probable to hack a password by means of a specialized software. Creating multiple backup copies (full, not partial) and storing them in various hard-to-reach places will significantly improve the security level of the blockchain wallet. Cold storage of private keys assumes that they are not online but on a device that is not connected to the Internet or is connected for a certain amount of time to an address you trust. In the case of offline storage, most of its funds remain unavailable via the Internet.

One option is the well-known Blockchain wallet, which is a very popular service for storing Bitcoin and Ethereum. There are already more than 15 million registered users.

·        It is available in any part of the world. The wallet works wherever there is Internet;

·        There is no need to install additional software on your computer. The only thing that has to be done is installing the software on the smartphone (in case the user decided to work with the Blockchain wallet from the mobile device);

·        There is no need to go through personal verification;

·        Each user can have a huge number of addresses inside the wallet;

·        Each user can track all financial transactions right inside the personal cabinet. But it is impossible to understand which user is performing this operation. The main thing for the client is anonymity.

Every client of the Blockchain wallet should understand that they are working with an online resource. That is, they technically trust their money to a third party. Money is somewhere on the servers. Any problem or some technical error and money can simply go away. However, do not be afraid and think that the Blockchain wallet is a scam. It has been working for a long time in the market, has a transparent reputation as a legitimate partner.

Blockchain reviews are generally great. Users who have already worked with the Blockchain wallet do not complain about unsuccessful payments. According to the reviews, all financial transactions are made on time. It is very important that it is easy to work with – you will have to spend 10-15 minutes of your time. The main thing is that the Blockchain wallet continues to work in the market and produces stable payments so users can be 100% sure of it.

Special attention should be paid to Bitcoin Core, Fruitwallet, Electrum and GreenAddress. Bitcoin Core is based on the Bitcoin; this is the official Bitcoin client and, therefore, the security and reliability of the work in it is up to you. For such a local blockchain wallet you need a powerful computer, a lot of free space on it and the program should work all the time. You can encrypt the keys with a password in the program. A nice mobile wallet for iOS is Fruitwallet. This application works from the Safari browser. The application can be used to pay for online goods, withdraw cash from ATMs and so on. Security of Fruitwallet is provided by 5 levels of protection.

Coinbase deserves separate attention, which is one of the most advanced applications for transactions with Bitcoin with good reviews. The blockchain wallet is supported in 28 countries and serves 2.5 million users. The most famous global names such as Bloomberg and The New York Times can work with it. In order to buy currency, you need to select the amount of money, contact the bank account and register on the website. Your virtual money will arrive in 4 days. The wallet has a rather complicated procedure for identifying a person when exchanging physical money for bitcoins but this is common for many blockchain wallets. It is an option to conduct non-block transactions, due to which they are confirmed instantly. In addition to the digital blockchain wallet, Coinbase provides additional storage for keeping secret keys.