Feverish demand for the US dolla 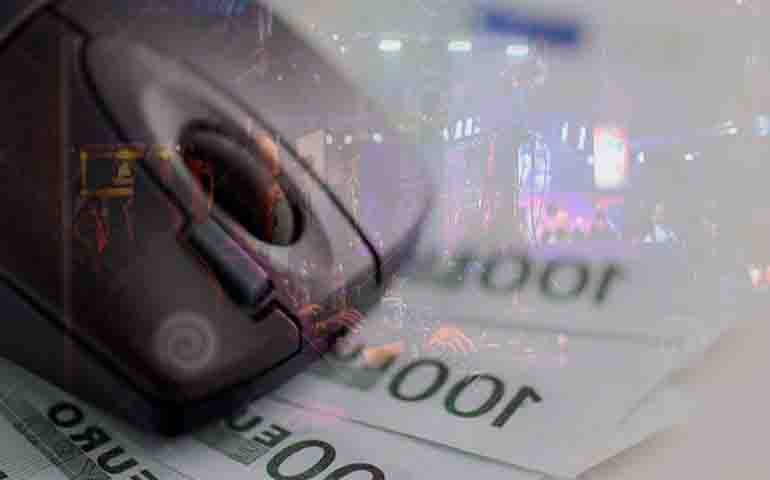 Feverish demand for the US dollar has led to a collapse of currencies and stock markets around the world - Forex Market News
Rapidly growing demand for the US dollar has provoked fluctuations in markets around the world, causing other currencies to fall, while companies and investors needing dollars to meet their obligations and repay their debts have found themselves in a difficult situation.

Many currencies in Asia collapsed, while stock indices on Thursday reached multi-year lows as investors disposed of their assets and bought the dollar at high rates.

South Korea's stock markets have received support in recent years due to relatively high foreign capital inflows, but this month faced a cash outflow of billions of dollars. South Korea's Kospi index fell 8.4 percent on Thursday, its lowest since July 2009, while the Korean Won fell to its lowest level in ten years as organizations were actively selling stocks and buying the dollar. South Korea's government bonds also sold out, forcing the country's central bank to purchase over $1 billion in securities to stabilize markets.

"The demand for the dollar is extremely high," said Stuart Oakley of Nomura.

"People have obviously had problems buying American currency in recent days," he said, adding that some companies with outstanding debts in dollars are stockpiling US currency for the future.

The yields on Australia's 10-year government bonds jumped briefly by one percentage point, to 2.5%, reflecting investors' desire to sell assets and get cash. The yield of debt securities increases as their price decreases, and the scale of intra-day fluctuations rarely exceeds a few hundredths of a percentage point.

The Australian dollar fell to an 18-year low of 0.551 USD, while the main stock index of Australia also reached multi-year lows. The Reserve Bank of Australia reduced the key rate to 0.25% following an emergency meeting on Thursday and announced its intention to increase bond purchases.

The problem is that investors, seeking to protect themselves from sharp market fluctuations, prefer to keep funds in U.S. dollars, making the U.S. currency less accessible for business and other market participants.

The WSJ Dollar Index, which tracks the value of the U.S. dollar against a basket of 16 currencies, showed an increase of 0.68% on Thursday, adding 7.5% from March 9.

Demand for the dollar is so high that it violates the traditional correlation between assets, in particular, the growth of government bonds in case of a fall in stock prices. Investors sell everything at once, so even the shelter assets fall in price.

"The dollar is the main shelter asset," said Eugenia Victorino of SEB. - People buy the dollar regardless of the rate and fundamental factors".

According to her, some companies buy the U.S. currency as insurance, fearing that the coronavirus pandemic will lead to lower revenues and sales.

The U.S. Federal Reserve, in an effort to cope with the global deficit of dollars, has reduced the cost of dollar loans through swap lines with other central banks of the world's leading economies. Other regulators can now more easily borrow in dollars for longer periods.

The Fed has not yet done the same for South Korea's central banks and other emerging economies, where dollar liquidity is beginning to be scarce.

The cost of dollar loans to holders of the Japanese yen and the euro rose on Thursday, which suggests funding problems even in jurisdictions where swap lines with the Fed are in place.

Natixis economists noted that emerging economies are short of dollars due to falling trading activity and the desire of investors and other market participants to accumulate liquidity. Australia and Indonesia are most vulnerable in this situation, as they are dependent on foreign capital inflows.

Companies in Asia, from China to Indonesia, have been increasing their debt in dollars in recent years by exchanging funds for local currencies. Payments of debt or other obligations in dollars are now much more expensive due to the shortage of the American currency and its appreciation.

Analysts at Morgan Stanley believe that central banks of Asian countries with extensive foreign exchange reserves can temporarily ease the deficit of dollar liquidity by selling dollars. However, if the situation is delayed, it will be increasingly difficult for regulators to do this, as such actions are at variance with their efforts to stimulate economic growth by reducing interest rates, experts add.