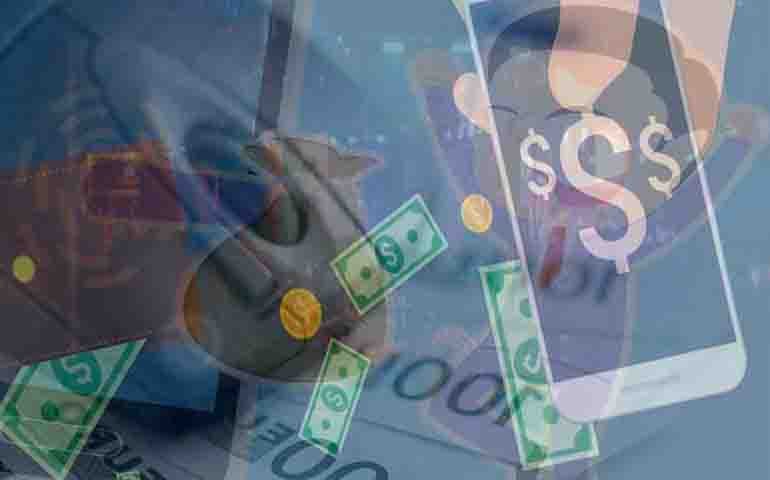 August 3, 2017, FinaCom PLC, operator of FinancialCommision.org, a neutral and independent Forex Claims Resolving Broker that brings together a wide range of online brokers and independent technology providers, expresses its solidarity with the results of the comparative Forex/CFD market report published by Traction Fintech.

A recent article was published by Traction Fintech's regulatory requirements specialist. This article discussed the differences between over-the-counter (OTC) derivatives such as Contracts for Difference (CFDs), including Forex, in four jurisdictions.

The full report mentioned in the article was developed by James O'Neill director of Australian brokerage company ILQ. This report compares the claims related to the processing of customers' cash, fair market pricing, leverage and capital requirements in Australia, Cyprus, the United Kingdom (UK) and the USA.

The Financial Commission supports the need to improve client money processing rules and fair pricing methods (e.g., the Global Forex Code) in all jurisdictions in order to maintain and improve best execution practices by global forex and CFD brokers.

Comparison of the Four Main Jurisdictions

The table in the article, which can be found below, provides an overview of the different requirements for financial service providers for each of the four countries. This review was completed shortly after the Australian Government made some amendments to its legislation under the Corporations Act. The amendments concern the processing of trust accounts in order to improve the protection of client funds.

The author of the report draws attention to the fact that Cyprus and Australia have not fully met the objectives of fair and transparent pricing by their brokers, in comparison with the United States and the United Kingdom, and suggested that Australia needs to consider specific rules to transfer its mandate under rule 912 (1) (a). For example, the current definition of marketing marketing in Australia is too generic and makes it difficult to assess asymmetric slippage in terms of breach of the mandate.

The author added that the obligations under Cypriot law, namely section 36 of the Investment Services and Activities and Regulated Markets Act 2007, go beyond the Australian equivalent when it comes to asymmetric slippage in the execution of client orders (although both have been adopted following similar acts in the United States and the United Kingdom).

From the point of view of comparison of differences in processing of client funds in each jurisdiction by authorized brokerage companies, the author listed some of the advantages and disadvantages that allow brokers to build up capital in order to buffer the client's account and avoid shortage of funds.

Speaking about trust accounts in the USA, where buffering is allowed, the broker is entitled to invest his own funds into the client's accounts in order to maintain excess capital to avoid the deficit of necessary margin (i.e. in periods of high volatility).

The author argues that the pooling of a broker's own money in clients' trust accounts could blur the line between the funds owned by the trust and the broker's money in the event of bankruptcy.

Meanwhile, brokers who can use client money for hedging and margin purposes support the idea that not all brokers who are counterparties to clients act as market makers.

In addition, allowing the use of client money for hedging and margin can blur the line between private trading and hedging, which is characteristic of an agreed principal. The author also pointed to the systemic risk that exists with segregated client accounts, where funds are pooled together in the same account and how this could be corrected if each client's funds were to be held in a separate bank account.

Australian Securities and Investment Commission (ASIC) Commissioner Kathy Brower commented on the changes in the rules: "The amendments to the Client Money Regime introduced in the Bill increased the protection of client funds that are provided to retail clients trading derivatives. This innovation will help increase investor confidence in the Australian financial system".

Sophie Gerber, Director of Traction Fintech, commented in an article: "It was a very controversial issue in the industry. Perhaps a more advantageous approach to this issue would be to prohibit the application of the provisions of the Corporate Act to the use of client money for margin hedging purposes, etc., to stakeholders. Time will tell if these reforms will benefit the industry, I think, unfortunately, in this case the retail client will not see any advantages and the results will reduce competition and increase costs over the next few years".

The author noted that despite the changes in the rules, the client's money still remains in the same bank account and is not protected from counterparty risk in the event of bankruptcy of the broker. He added that ASIC's requirement to prohibit the use of the buffer is very different from other jurisdictions, such as the U.S., where the maintenance of surplus capital is required under local regulations.

As forex and CFDs are borrowed from a margin account, minimum margin requirements often vary from broker to broker and have been subject to a new wave of restrictions in recent years, reducing the maximum leverage that can be offered in different countries.

The author explained that leverage is often seen as a reason for losing clients, and although such restrictions have been introduced in many large jurisdictions, the UK has yet to introduce restrictions. And while high leverage is attractive to many traders, in jurisdictions such as Japan, reduced leverage does not seem to have hampered its forex retail industry, as lower leverage may have helped it become a more acceptable asset class for domestic investors.