Razer Seiren Mini review: the little streamer helper that can do a lot 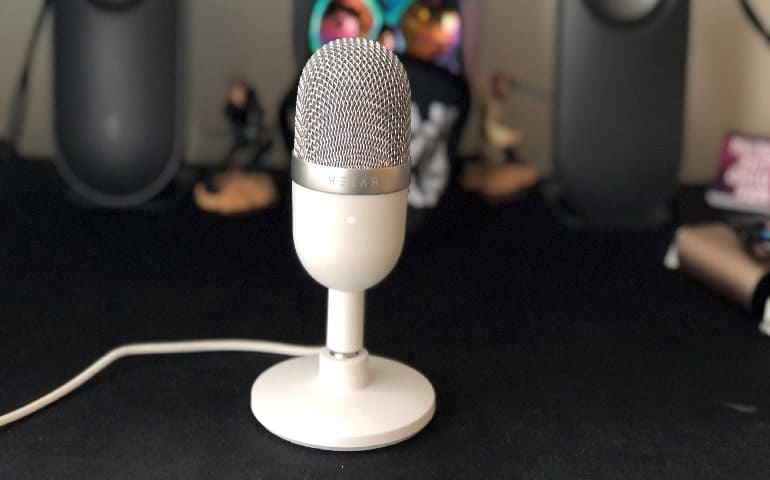 Razer's ultra-compact microphone with professional-quality recording has already started to pop up in gaming streams. Let's get to know him better.

Streams are becoming more popular every year - it is not surprising that more and more gadgets appear for them. Not so long ago, Razer released a new product: the very compact Razer Seiren Mini condenser microphone. Available in three colors: black, white and pink.

The Razer Seiren Mini is extremely easy to set up and operate. All you need to start using it is to mount it on the supplied stand (or on a tripod with a standard 5/8 inch thread) and connect it to the USB port with a cable.

The device is picked up by Windows 10 without installing additional drivers. You just need to install this microphone in the settings of the operating system or the software with which you stream (in particular, it is fully compatible with OBS and XSplit). This model can also be used for voice communication in Zoom, Skype, Teams, Slack, Discord and other similar services.

The microphone is really very small - in our version, the black color is generally lost on the table and does not really interfere with the frame. The gadget has a super cardioid directivity, that is, it captures sound mainly in a rather narrow segment and filters background sounds (for example, the hum of the cooling fans or mouse clicks). Compared to omnidirectional models, the difference is really noticeable. But spurious sounds are still not completely filtered, but rather muffled.

The downside of accessibility and diminutive size is the lack of any controls on the microphone. The lighted indicator makes it clear that the device is connected and working, but there is no way at least to turn off the sound transmission with the key. However, in the Razer lineup, this model is the most affordable. The older Seiren X, in which there is just a mute button and a 3.5 mm headphone jack, costs almost twice as much.