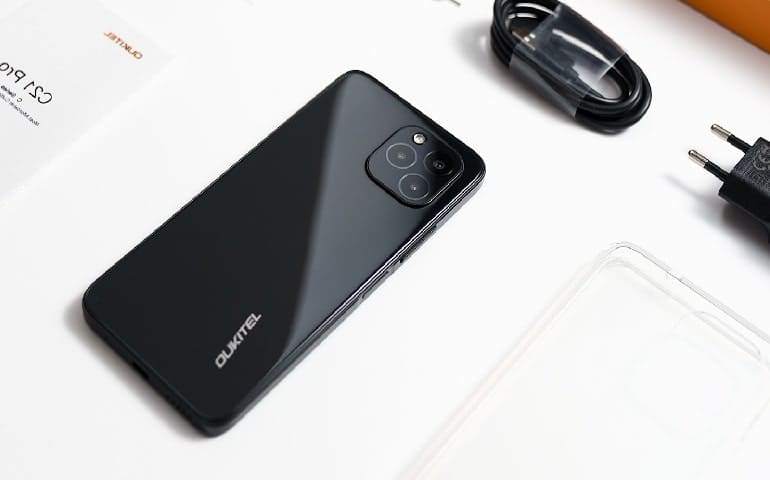 The realme brand, which appeared only 2 years ago, but has already managed to enter the top 7 of the world ranking, is updating the budget C-series of its smartphones. This is not surprising: after all, according to the results of last year, C3 became one of the best-selling brand models in Russia. Of course, when developing new models, the basic wishes of users were taken into account: in particular, the C20 and C21 received large batteries with a capacity of 5000 mAh and NFC modules. By the way, NFC in C20 was integrated exclusively in the version for the Russian market: this option is not so popular in other countries.

The C21 is the first in the C-series to receive the TÜV Rheinland High Reliability certificate. Recall that the German TÜV association is engaged in the control of various devices and their safety testing. For example, 23 tests are used for smartphones, 7 of which are carried out in extreme conditions of high humidity and critical temperatures. Thus, the TÜV Rheinland High Reliability certificate testifies to the high quality of assembly and the resistance of the device to various kinds of influences.

Subjectively, C21 really looks more expensive than it really is. The screen is not huge, but big enough: 6.5 inches. Assembled on an IPS-matrix, has a resolution of 1600 × 720 pixels. The brightness of 400 nits is quite enough for the street.

The front camera is hidden in a tiny blob at the top of the screen. The bezels are not the thinnest, but the display takes up almost 90% of the front surface area, which is an excellent indicator for an inexpensive smartphone.

The case back has received a geometric pattern created using laser engraving. It consists of 450 lines located at a distance of less than 0.1 mm from each other - the surface is not smooth, but not very ribbed. Importantly, there are no fingerprints left on it - this is where the unpretentious C21 easily gives odds to the fashionable flagships with glass back panels. There, on the back, there is a fingerprint sensor.

Otherwise, everything is as usual: the power button and volume rocker on the right side, the card slot on the left connector for charging and connecting to a PC at the bottom.

But buyers of budget smartphones with an attractive appearance alone cannot be taken. Almost everyone scrupulously compares characteristics, trying to get as much as possible for their money. And in this regard, C21 also has something to offer.

The amount of memory here is at the level of the best representatives of this price segment, 4/64 GB. The octa-core processor with a clock frequency of 2.3 GHz allows you not only to do the usual things like surfing the Internet, but also to play most of the games. The storage capacity can be expanded. If most often the installation of an SD card requires a victim in the form of one of the SIM cards, a triple slot is installed in the C21: you can use both a memory card and two SIM cards.

The triple camera has a 13MP primary sensor with PDAF autofocus. Even without a discount on the cost of the device, it can be called decent. Of course, this is not only the merit of optics, but also processing algorithms - for example, the Chroma Boost function, which provides color saturation and sufficient contrast. There is also a Super Nightscape mode for taking pictures at night - again, not every budget phone has a night mode.

We tested the camera in different conditions, and in general, if you do not zoom in too much, there is nothing to criticize it for.

What is especially nice, difficult lighting conditions for realme C21 are also not a hindrance. From the camera of a budget device you inevitably expect overexposed areas or failures, but HDR works wonderfully well, and almost all objects, even in contrasting lighting, are rendered even better than they looked on the screen when shooting.

The macro camera has a resolution of 2 megapixels, but with the main module you can take excellent pictures at close range. The detail, of course, will be better.

C21 also received an excellent set of post-processing tools built into the realme UI. Here you can not only crop pictures, adjust brightness or apply filters, but also blur the desired fragments.

What about the battery? It would be strange if it turned out to be less than 5000 mAh: at least with a small battery, you will not pay attention to yourself. Here, the manufacturer not only generously poured those same 5000, but also provided for the possibility of reversible charging. That is, from the C21 battery, you can recharge, say, TWS headphones.

In fact, after a week of using the C21, I left a pleasant impression. Its budget is not felt at all - except that applications and windows are loaded a little longer than in smartphones of higher classes. But the interface works without brakes, the battery is generally enough for 2 days, the pictures are very nice - what else do you need to be happy?