US stocks closed at record highs on Monday, recovering from losses 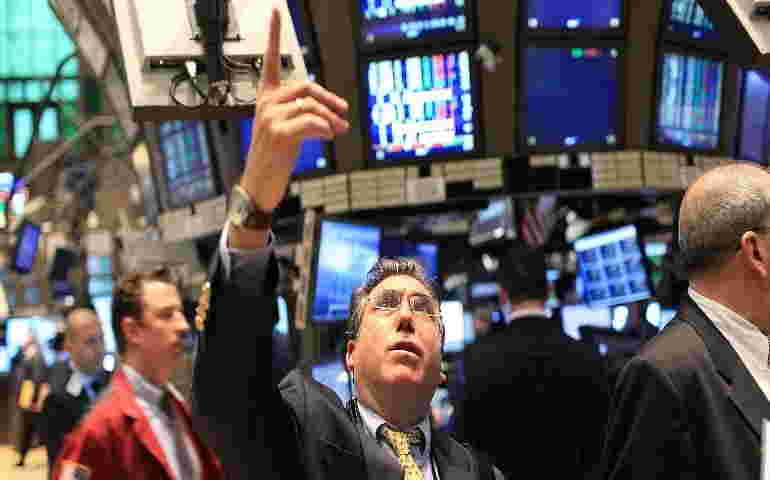 This month, growth in the market was led by companies that are most sensitive to the economic outlook. Investors attribute this dynamic to the expectation of increased economic growth and inflation. Vaccinations are progressing faster than expected, so investors have begun to build more optimistic forecasts for the 2nd half of the year. In addition, the US Congress approved a $ 1.9 trillion economic stimulus program.

Many analysts believe that a combination of factors will support the recovery in consumer spending, which is a powerful driver of growth in the US economy, especially in the second half of the year. This, in turn, should have a positive effect on corporate profit indicators.

"With the resumption of normal economic activity, these fiscal stimulus in the form of checks to the public will have a stronger effect on consumption," said Carsten Brzeski, global analyst director for macroeconomics at ING Groep.

Tech stocks propelled the rally in the major indices, going up in the afternoon after trading mostly lower in the early hours of the session.

Meanwhile, the fall in oil prices put pressure on the securities of the oil and gas sector.

Occidental Petroleum fell 4.3% and ConocoPhillips fell 1.7%. WTI crude oil futures on the NYMEX fell 0.3% to $ 65.39 a barrel, continuing to decline after the largest weekly drop since December last year.

AMC Entertainment rose 26% on news that the company will reopen its Los Angeles cinemas this week.

A number of companies rallied after S&P Dow Jones Indices on Friday night announced its intention to include them in the S&P 500 base from March 22. Caesars Entertainment rose 0.6%, while shares of NXP Semiconductors and Penn National Gaming added 9.0% and 4.6%, respectively.

On Wednesday, the next Fed meeting will take place, and investors are waiting for new forecasts about the state of the economy, as well as the opinions of the leaders of the central bank on the growth of yields on government bonds and the prospects for inflation.

Some fund managers worry that these massive stimulus measures could spur inflation over the longer term, forcing the Fed to raise interest rates faster than central bank officials had previously anticipated.

"The Fed needs to show at this point that it recognizes the need for further substantial progress to restore pre-pandemic economic conditions. The central bank is unlikely to be overly assertive as some measures are fundamentally driven," said James Ashley, chief strategist at international market at Goldman Sachs Asset Management. - The central bank needs to strike a balance between soft and hard tones. "